Now Available for iOS and Android
This listing is a duplicate. A more recent version can be found here. Nice simple one tonight as I purge things for a rather massive upcoming move. Not something that'll save much trunk room, but something that ought to go to somebody who will get the full use and enjoyment out of it.

A rather simple Vostok Amphibia, 200WR rated as shown on case. Has been used so does show signs of wear. I've heard this both jokingly and seriously called 'the blue Zissou' - this for anyone who may be curious is simply the blue dial face of the same basic watch Bill Murray's character, Steve Zissou, wore (as somewhat of an ironic joke) in The Life Aquatic With Steve Zissou. I acquired this in a partial trade a while back and there's a few things to note:
-There is some wear as can be seen on the case and crown. It is fairly clean, but not pristine, and yes there do appear to be minor scuffs on the crystal near the 4:00 area if I'm not mistaken.

-The unbranded NATO I received it on was used for another project and so it will ship on the well-used leather strap shown, which I believe is a 19mm hence the slight gap. If the buyer would like I can ship head only, but this will not reduce cost; the leather was placed simply to make it presentable and wearable.

-Like most Vostoks I've owned the crown, when unscrewed, feels wobbly - it hasn't been an issue and I've never seen a Vostok without this issue, but, full disclosure.

-Also, and more annoyingly, the accuracy can vary as widely from a few seconds to several minute +/- daily - within standards for the movement IIRC, but still annoying. The buyer may want to at least regulate if not fully service, especially if planning to mod.

Please feel free to reach out with any questions.

All in all just a nice pleasant little piece someone can get some solid use out of or have some fun/learn modding with!
$60.00 USD shipped tracked w/in CONUS.

As always thanks for taking a look! 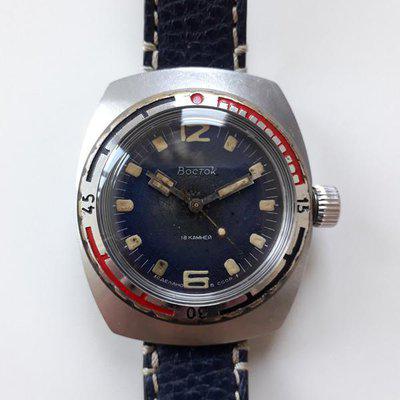 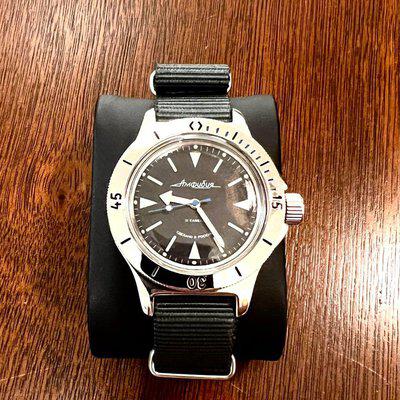 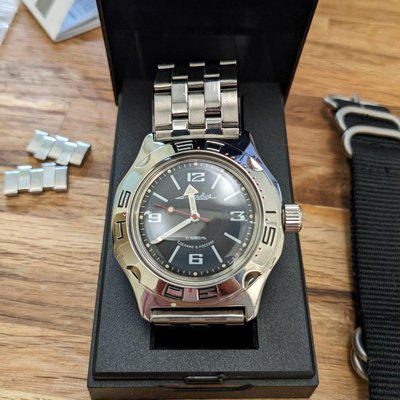 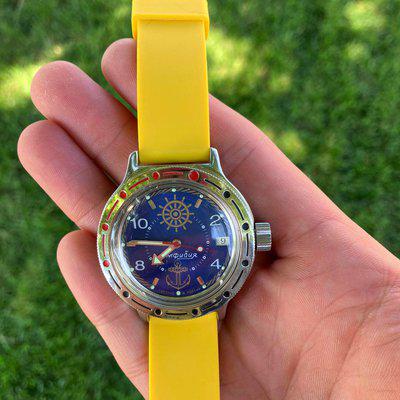 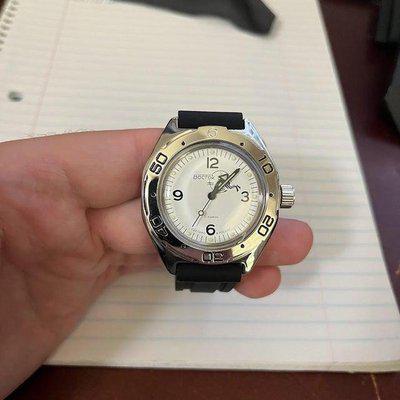 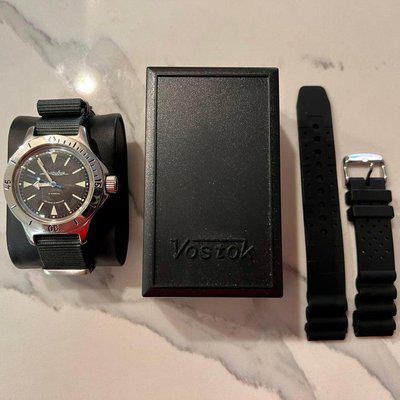 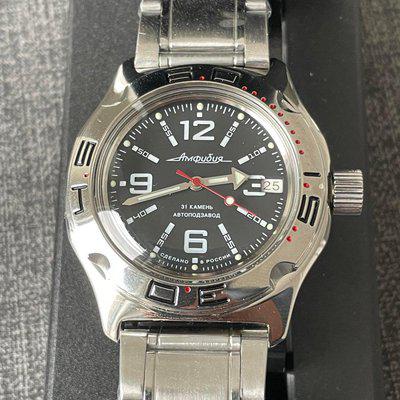 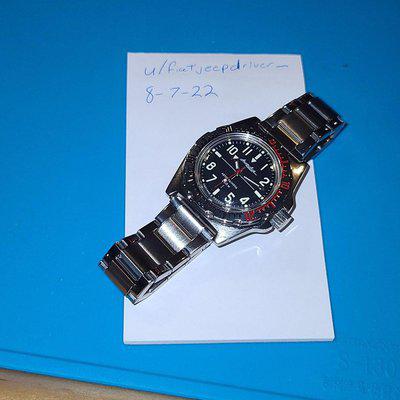 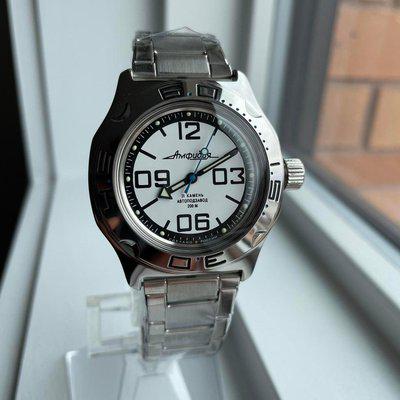 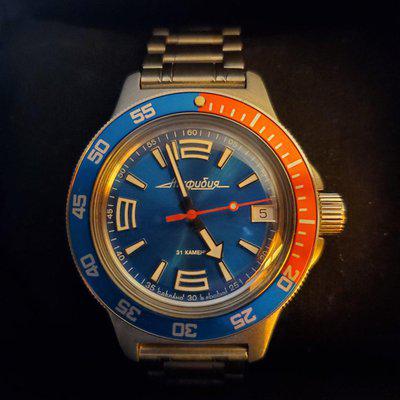